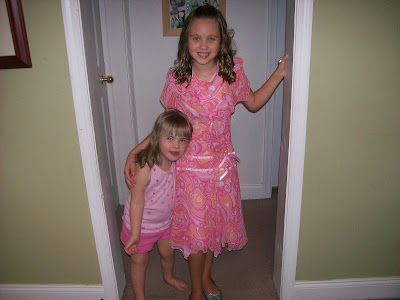 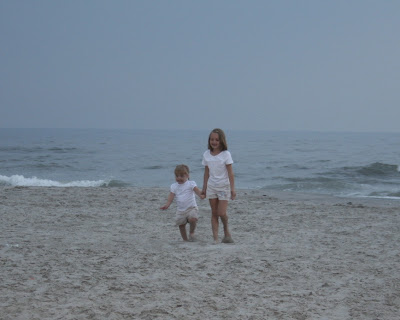 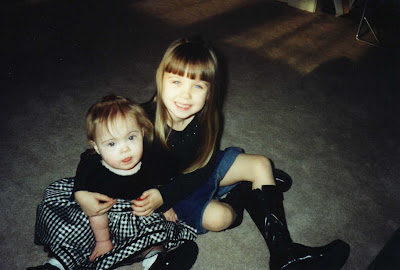 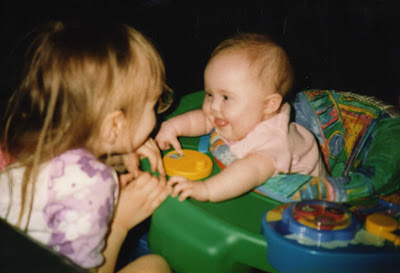 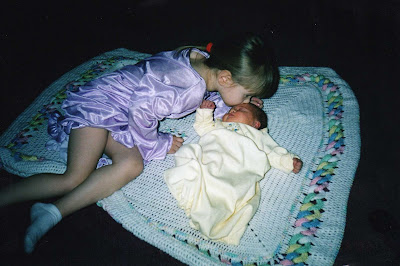 What is your older daughters understanding of and feeling about Down syndrome?

I was really scared for Karlie when Rylie was born. I felt like our little family of three was now ruined and Karlie was going to be greatly effected. If you are getting ready to have your second baby, then you know how much you look forward to your child meeting the new baby. You look forward to seeing the expression on their face the first time they lay eyes on the new baby. You look forward to watching them bond. I was so excited for Karlie to meet the new baby. She had gifts ready to give the baby. I couldn't wait to see Karlie be a big sister. When Rylie was born she went to the NICU and then she was transferred to a NICU at another hospital. Karlie was not allowed in the NICU and she could only see her new baby sister through the glass window in the first hospital and in the second hospital there was no window at all. My heart broke so badly, since she couldn't see her. I had waited for that moment for nine months. I kept begging the nurses, to let Karlie in the NICU, but they kept telling me rules are rules. It was RSV season, and that was the reason that no children under twelve years old were allowed in. There was one nurse in the NICU that felt my pain, so one day she took Rylie to the front office(all attached to her IV pole and a million other wires). Karlie was able to see her through the office window. Then the nurse did something that I will be forever grateful for. She opened the window and let Karlie hold Rylie's hand for a few seconds. My heart melted. She finally had contact with her baby sister! Rylie came home from the NICU 14 days after she was born. On the way home we stopped at Karlie's preschool and took her out of class early. Rylie was in the car(with Vince) waiting for her! Karlie was so surprised and excited and the bonding began instantly!

Since Karlie was only four years old at the time, I didn't know how much she would understand about Down syndrome. I didn't want to scare her, and for the most part Rylie was healthy, so I never really said much. She thought it was normal for babies to have a lot of doctor visits and to have teachers(therapist) come to the house every week. As she got older, I would show her the book BABIES WITH DOWN SYNDROME. We would look at the pictures of the different kids and discuss Down syndrome. I just answered all of her questions honestly, and for the most part Rylie having Down syndrome didn't phase Karlie. That's the neat thing about siblings. They are not usually traumatized like us adults are. Karlie didn't ever grieve or cry about Rylie having Ds. Rylie was just her baby sister.

Now that Karlie is older, she understands exactly what Down syndrome means for Rylie. And to tell you the truth, she has told me a few times that she wished Rylie didn't have Ds. And mostly it's because of Rylie's behavior. Like I mentioned yesterday, she annoys Karlie! LOL! She has also told me that Rylie having Ds is no big deal. Like me, she has different feelings at different times. I never tell Karlie that Rylie is special or a gift from God, because I believe all three of my girls are special and a gift from God. Karlie and me had a great conversation once, about God and Down syndrome. You can read it here.

Karlie sees Rylie the same way that her dad and I do. We love her. Were proud of her. We want to help her anyway we can, and try not to ever place limits on her. Karlie has friends over our house all the time, and nobody has ever questioned Karlie about Rylie. Karlie is so excited about Rylie going to her school this year. She tells everyone, "that's my little sister"! She loves Rylie. I know she will always be there for her. I hope nobody ever says anything hurtful to Karlie, about her little sister, but if they do, Karlie will set them straight. She is very protective of Rylie.
Posted by rylie's mom at 12:12 AM

My name is Sarah said...

This is Joyce, Sarah's mom. This is such a tender post. Your girls are beautiful. I cried reading about the nurse letting the sisters have a moment of bonding through the simple gesture of touch. It warms the soul when you hear about compassionate moments like that.